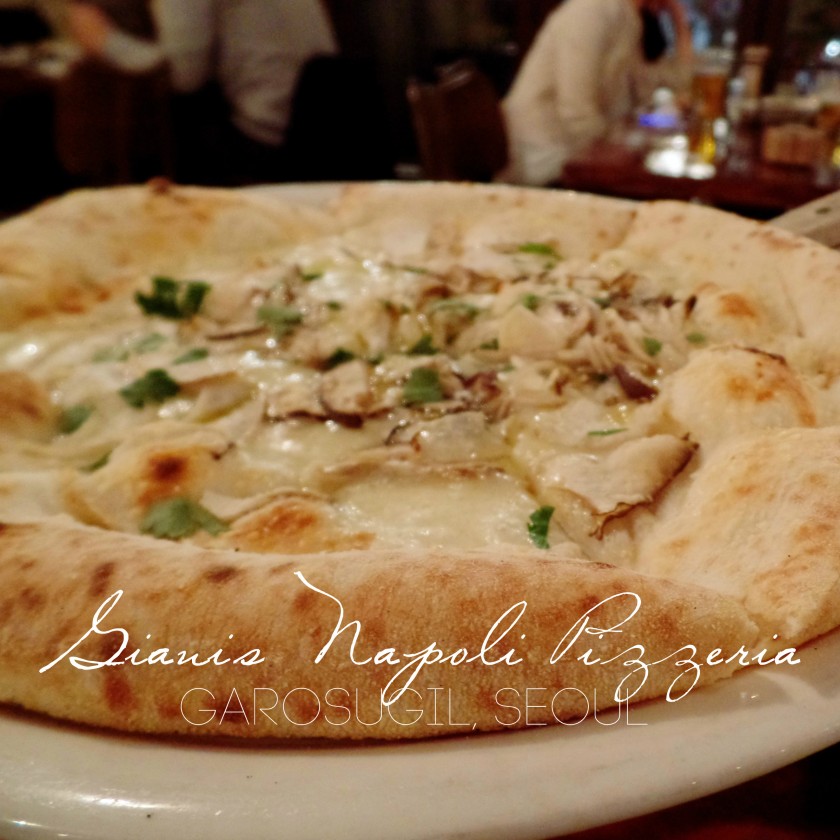 Conversation that led to the slight disagreement that led to Phil  conceding to go to Giani’s Napoli Pizzeria.

Me: (after searching for a frustratingly twenty minutes on my Pinterest board for a place to eat dinner) I know! Let’s go to that Napoli Pizza place in Garosugil!

Phil: B-b-but you said we can’t go there until you have done really well on your diet and…

Phil: You told me last time! You said we can’t go until you are doing really well on your diet!

Me: Phil, do you really want to be saying this?

He meant well, of course. Phil is trying hard to be my cheerleader of eating better. It’s obviously not an easy task. And while I was not doing terrifically on a diet, I had been good for most of the week. 🙂 That was good enough for me! Plus it’s thin crust pizza. How many calories can it possibly hold??

The pizza is pretty nice. It could benefit from a longer baking time to make the crust a bit darker as well as adding  some toppings. The mushrooms and brie cheese on the four cheese pizza was an inspired combination but they were quite scant with the amounts.

The spicy tomato sauce with the mussels was amazing. It was wonderfully fresh and a perfect appetizer. But, if I were them, I would stop adding the well overcooked pasta from the dish and just let the mussels and sauce shine. I think they are trying to pump up the look of the app but it’s an app…there is no need, just the mussels are plenty.

In Korea? You can see my review on Pinstory here! Pinstory is a new, terrific site to search for food in Seoul! 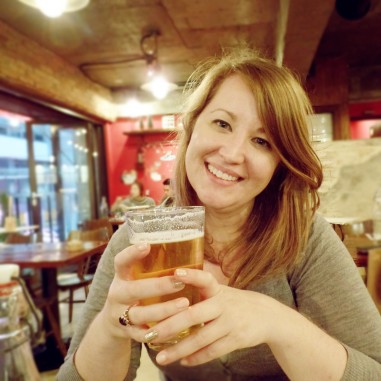 Nothing perks me up like food just arriving to the table. 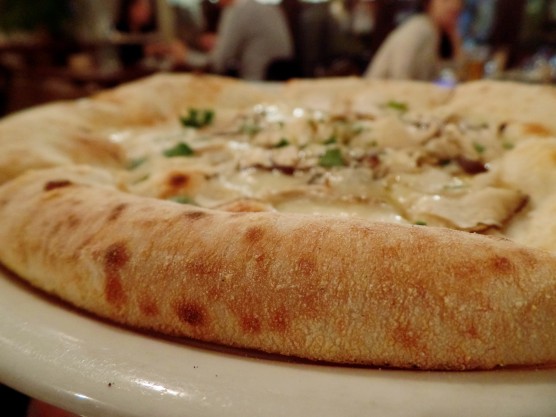 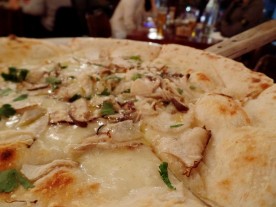