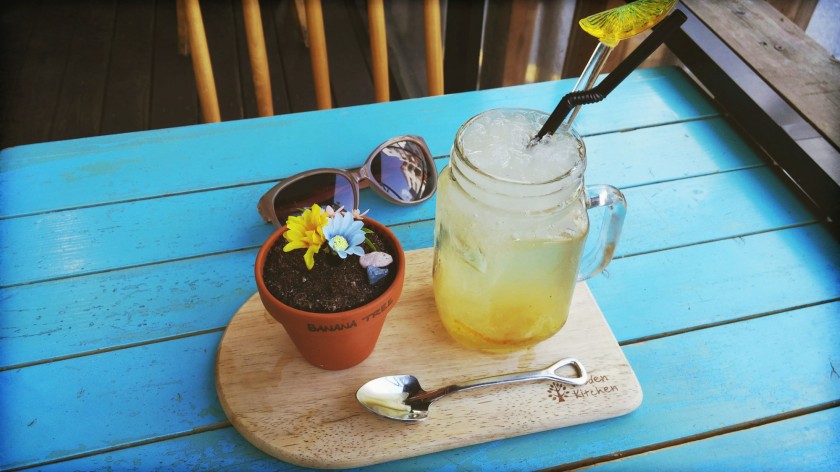 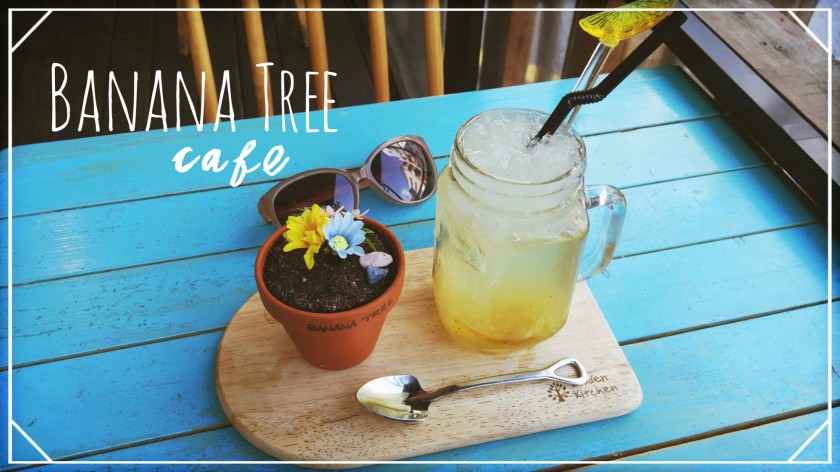 If you’re one of those entrepreneurs with brass, umm, knuckles, and have decided to open up a little cafe in Seoul, the land of seemingly endless and charming cafes, you need a little something sparkly to stand out to keep from going under. Banana Tree Cafe in Sinsa found its sparkling star in a pudding dessert dressed up like a clay pot of flowers and you can happily spoon it up with a mini shovel spoon. In America, it’s something similar to dirt pudding except there are no chocolate flavors. (Honestly, they need a chocolate. No special reason, but I really like chocolate.)

There are other adorable things on the menu like a cotton candy latte and a something called an EGGYFFOGATO, which looks like brownie, ice cream and coffee in an egg dish. Too cute.

I stuck with a banana pudding flower pot, which was dead on in the “tastes like home” department. I also got a very sweet citron tea. I probably wouldn’t get the tea again as it was just too sickly sweet for my tastes and it was so hot I wanted something a bit more sour.  But, you do get a lot of tea and the pudding made the trip a success.

The location in Sinsa is snug, maybe four tables max. They have a little back porch and its perfect if there isn’t a ton of people. Time your visit accordingly, early and before dinner are probably the best times to visit. 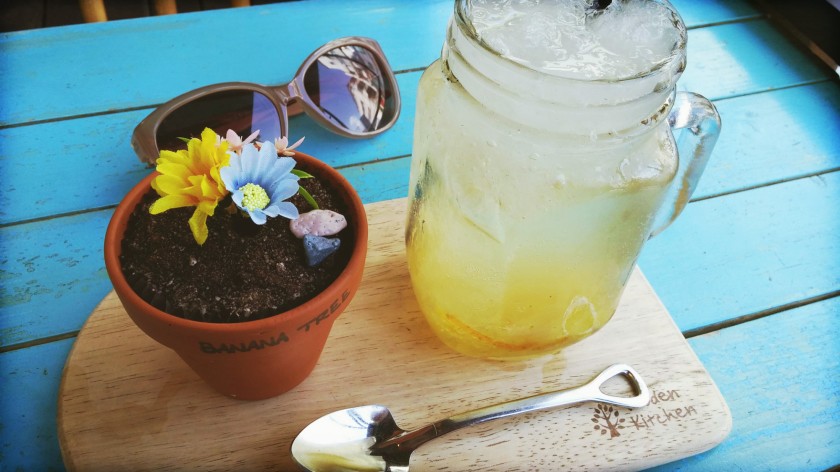 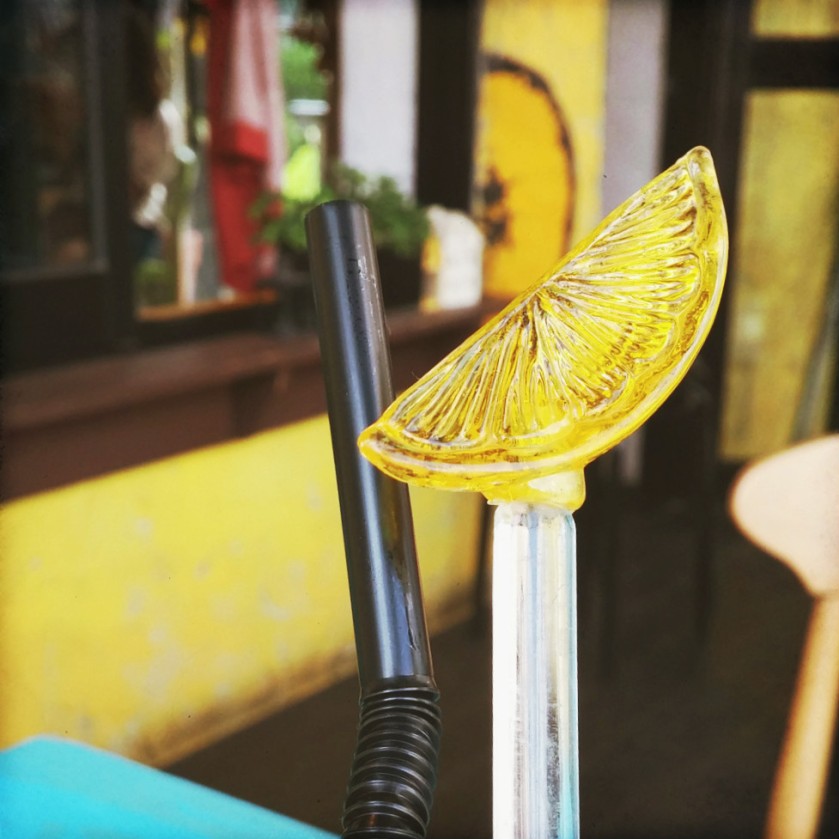 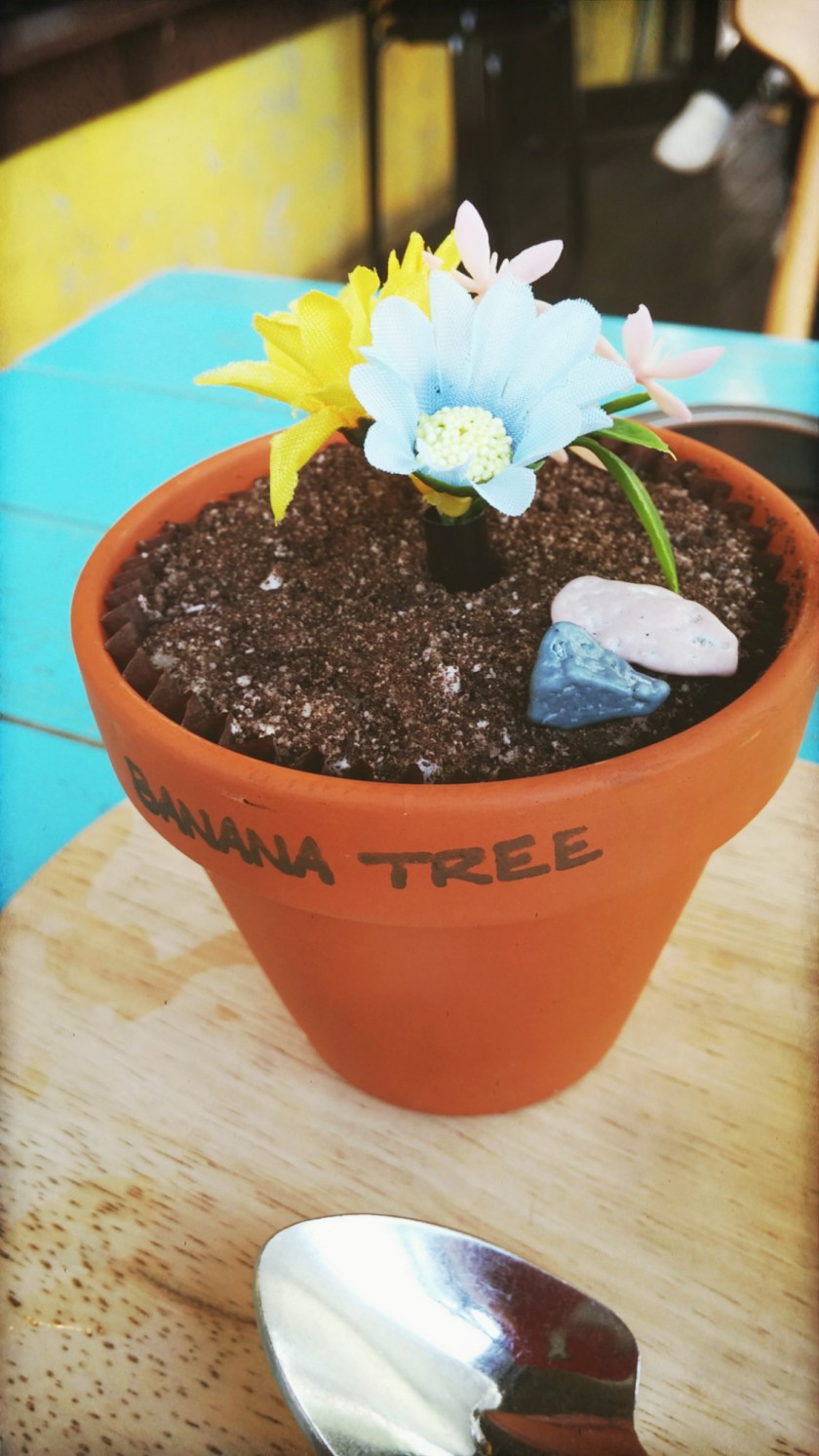 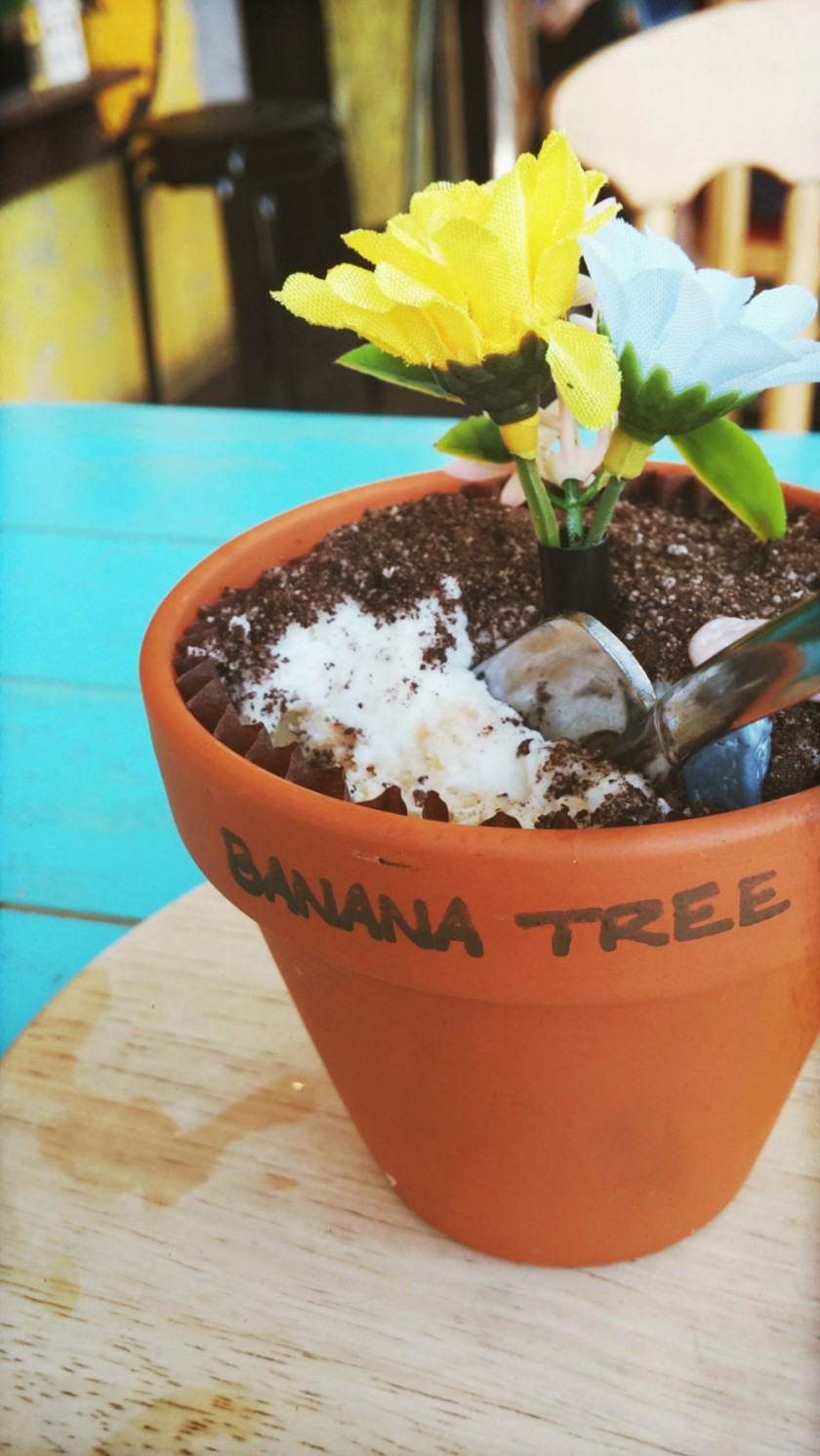