Kimchi nachos are a thing and they are really dynamite. KA-BOOM. The totally cook a rific thing about these is that you can dress them up just like any other nachos: to your preference. Mine were vegetarian but you can add meat or your own cheese.

One thing you do want to do, however, when heating the ingredients up all together, is do use an oven, not a microwave. I’m not quite sure how good kimchi would be in the microwave and what on earth it would smell like afterwards. (Your microwave, I mean.) Plus, it gives the chips a bit more crisp, rather than sogginess.

Ingredients for the nachos:

Ingredients for the cheese sauce (This makes quite a lot, enough for other things.)

NOTE: My original intention was to make a vegan roux and then add an organic processed cheese (the only kind of organic cow’s cheese I can find in Korea) to make the sauce. However, I needed more cheese and the roux was too sweet because I used coconut oil as my fat. It was a great consistency but I wanted more cheesy rather than saucy. So I added more cheese to the ingredient list. Also, if you have a recipe that calls for real cheese added to the roux, then by all means use that. Since processed is my only option in Korea, that’s the way I went with it. 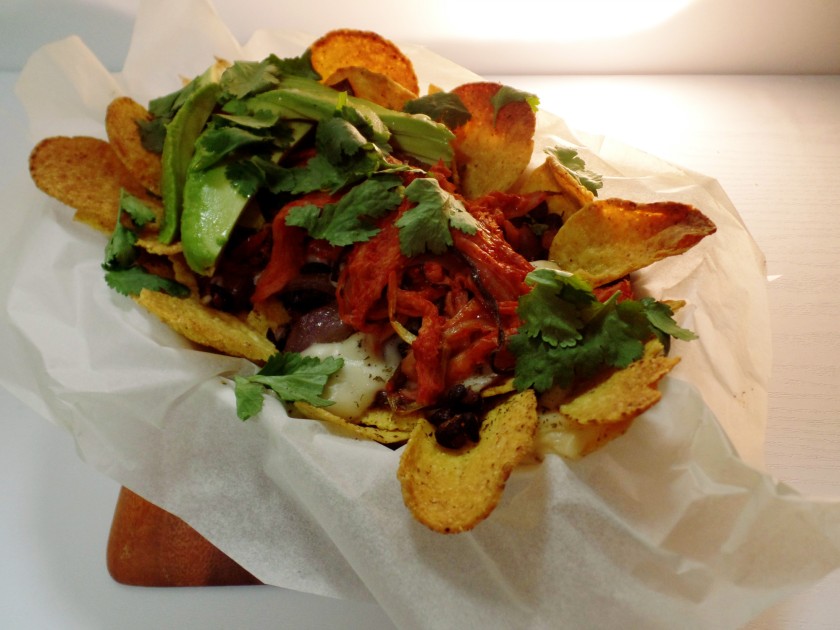 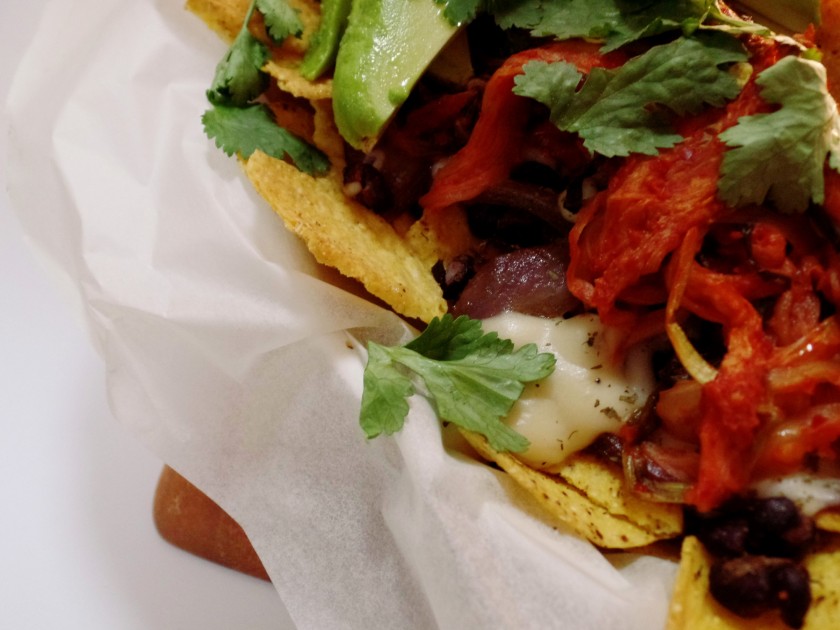 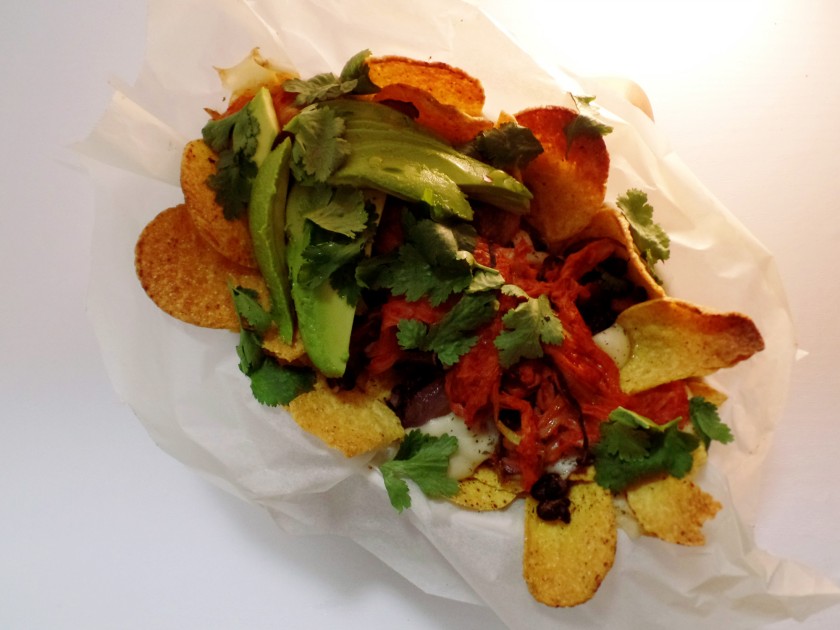